GET YOUR FREE ROOF INSPECTION

Bringing Beauty to Your World

There’s no doubt about it, Charlotte is a big city filled with commercial businesses, apartment buildings, industrial building and concert venues, not to mention residential homes right outside the city. With this being said, are you aware of the Urban Heat Island Effect and what it means for those who live in the city?

The Urban Heat Island Effect, or UHI, directly affects metropolitan areas much more significantly than rural areas due to human activities. During the daytime hours are when the temperatures are most apparent, also when winds are nonexistent. Additionally, the biggest temperature difference between rural and city areas are usually larger at night.

How does the Urban Heat Island Effect happen?

Due to human activities, such as driving, walking, living and building, the population grows. The more bodies in one area, the higher the heat. This about the city as a maze; if the buildings in the city are blocking a lot of fresh air moving through and more and more people are going about their daily lives, it’s no wonder it’s hotter within the city. The air has nowhere to go and it gets stuck in the midst of it all. What does this mean exactly? The city is likely hotter than rural areas where air and wind travel freely.

Since the 1970s, the temperatures in cities have been consistently rising. Here’s an analysis of some of the data found through research completed by Climatecentral.org:

On average across all 60 cities, urban summer temperatures were 2.4°F hotter than rural temperatures.

What does the Urban Heat Island Effect have to do with roofing?

Believe it or not, if you don’t have a high-quality roof, your energy bills could directly affect the amount of money you pay each month negatively. Without a roof that can withstand effectively blocking the UV rays and powerful heat from the city and the sun, it’s undeniable that your home will be hotter and your cooling units will be working overtime to keep your home at your desired temperature.

When you purchase a roof that is made to reflect heat, it’s likely your cooling unit won’t have to work as hard to keep your home at the desired temperature you want. Understanding and learning all there is to know about the Urban Heat Island Effect will help you realize what quality of roof repair and materials your roof should be replaced with. The more you know this, the more power you have to control your energy bills each month as the summers grow warmer. Let the heat index rise and the cool temperatures in your home stay consistent with the best roof repair and replacement team in Charlotte, Ace Roofing.

Ace Roofing came to fix the shingles that were damaged when a tree fell on my home.  The contractor came out in a timely manner and was very knowledgeable.  He not only did an awesome job repairing my roof but also pointed out some things out that my home builders had done incorrectly when my house was being built.  THAT WAS HUGE!

Matt did a great job with my metal roofing job. His estimator came out promptly, and his work crew quickly completed the job — a great experience. 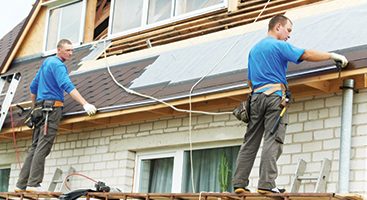 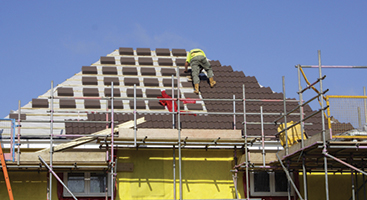 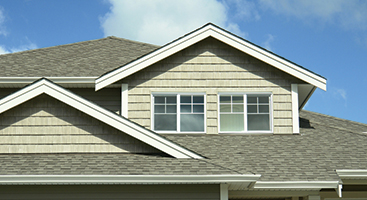